Who doesn’t love big soft pretzels? I tasted my first one in New York City from a streetside pretzel vendor: super velvety soft on the inside, chewy on the outside with sparks of saltiness from those big crystals. I haven’t been able to find anything like them here. Auntie Anne’s mall pretzels are too greasy, and frozen versions don’t come close. So I jumped at the chance to make them when a woman named Carolyn invited me over. Carolyn is the wife of a dear patient Donald I had followed for a few years when working at Dana-Farber. He had been receiving chemotherapy, which hit him hard and made him lose his appetite so that he constantly struggled to eat and maintain his weight at 100 pounds. He never complained though, and would welcome my visits and encouragement to trial various foods and drinks to keep up his nutrition. Carolyn said that though he never really followed my advice, our friendly chats were his “food.” She and I would often discuss her favorite recipes as she was an avid baker and was able to occasionally tempt Donald with her whoopie pies or casseroles. He eventually lost his battle with cancer and will always be remembered.

Jake and I visited Carolyn to trial a favorite recipe for soft pretzels. She’d saved it from one of her children’s home economics class. The recipe was faded and had been typed out on an old typewriter. She and her kids would often bake a batch after school and eat the whole thing. I’ve researched soft pretzels and they often require rising time and many steps. Carolyn’s recipe is a one-bowl, no rise recipe. The instructions were super easy and Jake and I had fun rolling out the dough and twisting it into fancy shapes. 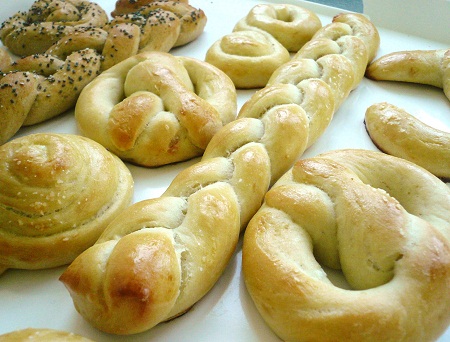 The nutritionist I am, I tried a super healthy version using white whole wheat flour, honey instead of sugar, and chia seeds on top (kind of like poppy seeds right?). Mine didn’t come out nearly as soft and delicious as Carolyn’s. The dough was drier so it probably needed a lower oven temperature…or maybe some white flour to keep that desired softer interior. Anyway, I only included Carolyn’s original recipe below. They taste best the first day (not as good frozen and then reheated) so plan to have some people around to help you polish off the batch! 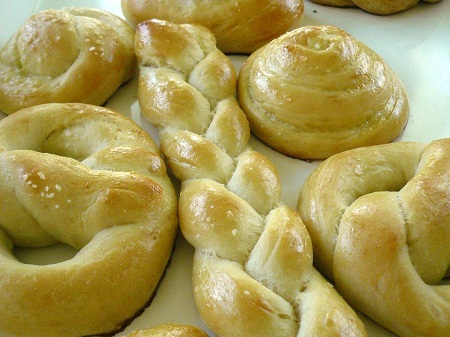 It’s amazing how getting away for just a few days and seeing new things is more than enough 🧡🤍
When you finally get to your vaca destination after two years of cancelled trips 🥳
Nice they included the Batmobile 🖤🤍
Fried rice #HappyChineseNewYear 🥢🐯 I start with my dad’s recipe but plant it up - he likes my version too🙂 ⏩ brownrice+peascarrots+celery+egg+vegansausage+soysauce+oil
Quinoa beans, shirataki noodle salad, mushroom bites👌😋
2nd edition of the Nutrition Source Healthy Living Guide 2021/2022 is now out! Updates and new pieces on: