Earlier this month, milk was thrust into the spotlight questioning if Americans may be better off drinking whole milk instead of the common choice of skim. After decades of learning that skim or 1% milk is the best choice for heart health, this notion was a bit unsettling.

I’d like to know the answer because many patients ask, “Do I really have to drink that blue carton that tastes like water?” Some have already acclimated to skim while others have opted for 2% milk, assuring themselves it must be better than whole milk. My answer has always been that if they don’t drink milk several times a day, and the rest of their diet is fairly healthful, they can have whatever type of milk they like. Pouring a cup into cereal or a few splashes in coffee will not amount to a meaningful difference whether using whole or skim. 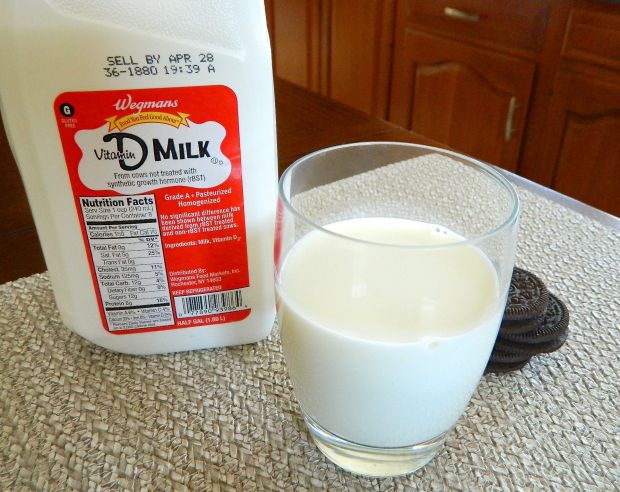 The recent studies that challenged conventional thinking showed associations of people who drank whole milk with having a lower risk of developing diabetes or becoming overweight as compared with people who drank skim milk, but they did not paint a detailed picture:

The study authors carefully note that more research is needed to produce similar findings before making more definitive recommendations. In the meantime they do not promote whole milk over low fat milk, but rather to consider that low fat milk did not appear more protective against heart disease and diabetes than whole milk.

It will be interesting to see how the dairy industry responds to these recent studies, perhaps redesigning packaging that shows whole milk in a new favorable light. However, going off topic they may have greater concerns in another area: Consumer research shows a steady impressive increase in sales of milk alternatives or plant-based milks such as almond, cashew, rice, hemp, soy and coconut milks. This is a swelling billion-dollar industry as plant-based foods are viewed as healthy, and because 30-50 million Americans cannot digest lactose, the sugar found in dairy milk, according to the National Digestive Diseases Information Clearinghouse.

BOTTOM LINE:  Although my view of full fat dairy may change if future studies reveal similar results, my response to my patients will not. Dairy and dairy alternatives offer valuable nutrients of protein, calcium and vitamin D, but continue to watch serving sizes. It’s too easy to quickly slurp down a lot of liquid calories. Whole milk is still the highest calorie milk and contains about 65% saturated fat. Too much saturated fat of any kind carries a risk of raising cholesterol levels. For more info see my post Nuts Over Coconut: Is It Really Heart Healthy?

Make sure that whatever eating plan you choose to follow, it brings joy with every bite
3rd edition of the Nutrition Source’s Healthy Living Guide 2023 is out! Research updates, digging deeper into hot topics like ultraprocessed foods and clean eating, how to be a smart snacker, and new pieces on exercise and sleep. Link in bio ⏫️😃
Walking into a new chapter ✨ Mixed feelings leaving an awesome job for the past 13 yrs, thank you @bwfaulknerhospital 😔 but I guess change inevitably comes for you ⏩➡️ @brighamandwomens
High-rise bowl food 🍲
Envying his simple happy life 🐶
Oh Potato I will always love you 🥔💘 no matter what they say