I thought the Paleo diet sounded silly when it first came out. Why would someone willingly choose to eat only the foods available more than 2 million years ago? Loren Cordain, a professor in health sciences, was convincing enough in his 2002 book The Paleo Diet to make it the most popular google-searched diet of 2013. Although its faddish popularity may have since eased, the diet has retained a number of devoted followers. Recently I noticed that meal kit delivery services like Green Chef are even offering Paleo menus.

What foods are included? During the Paleolithic era, food was obtained by hunting, fishing and gathering wild plants. So the Paleo diet allows lean meats (especially grass-fed and free-range to mimic the environment of wild animals at the time), organ meats, fish, fruits, vegetables, nuts and seeds. It is believed that eating these foods today can protect from modern-day diseases like diabetes, cancer, and heart disease. However, most people interested in the diet are hoping for weight loss.

What’s not allowed are all grains, dairy and legumes—foods that require cultivation. Also avoided are sugar, salt, alcohol and coffee.

I believe this grain-free Paleo diet got a big jumpstart by emerging soon after the gluten-free trend, already in full force. People had been brainwashed that gluten was evil for all, so a diet plan fueling that theory was sure to be a success. 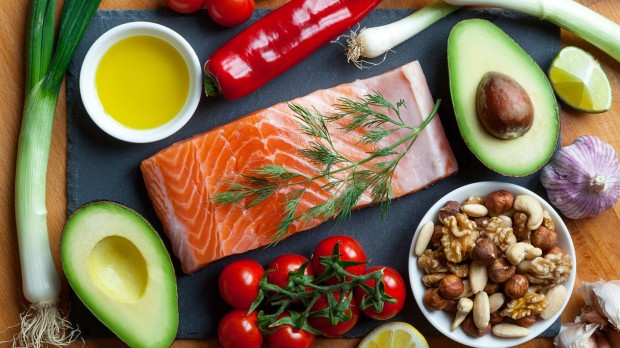 What I don’t like isn’t just the usual dietitian hang-up—forbidding whole groups of really nutritious foods (I know that some people are truly physiologically intolerant to gluten and dairy but this is honestly a minority)—but that the premise of the diet doesn’t translate into modern day and that there is so much variation within the diet, depending on your source. I had written an article on the Paleo diet for the Nutrition Source, which mentions the debate over what foods actually existed at the time, the variation in diets depending on region (e.g., tropical vs. Arctic), how modern-day fruits and vegetables bear little resemblance to prehistoric wild versions, and disagreement among Paleo diet enthusiasts on what is included/excluded from the diet. The article gained attention on Paleo chat rooms, whose comments were interestingly not about bashing the article but disputing among themselves what foods were allowed: “Paleo is low fat?? Only lean meats are allowed, no bacon? Wait no coffee?!”

Some versions of the plan allow olive and other oils in moderation but I’m pretty sure these weren’t a “gathered” food staple. Processed foods like frozen fruits and vegetables are also allowed for convenience. Although early varieties of white potato existed during the Stone Age, it’s off limits with Paleo because of its high glycemic index (which I’m sure was not a concern of cavemen). With all of these dietary exceptions, the plan evolves into just another fad diet based on personal opinions of which foods are and aren’t healthy. If the theory says that eating a diet from the Paleolithic era is the cure for our health woes, then stick to it 100%. Yeah that means no coffee and no alcohol.

Another big factor in the Paleolithic era is that people were extremely physically active—intensely running trying to capture their dinner (and likely running away from prey too!). They definitely experienced days of scarce food. Maybe if proponents of the Paleo diet today had a high level of vigorous exercise at least five days a week and included intermittent fasting twice a week, I’d be more interested in health outcomes on the plan.

With all that said, I’ll give it some credit. It puts people back in touch with real food. Paleo plans include a lot of recipes using whole ingredients, not premade items. Although there are Paleo-friendly entrees in some restaurants and takeout, most followers cook their own meals. Whenever a plan motivates people to use their kitchen more and eat out less, thumbs up. And when you eat out less and choose less highly processed foods, your sodium and added sugar intake tends to go down, another plus. I see several patients who follow a Paleo plan, but almost all have modified it to include some minimally processed grains and starchy vegetables like sweet potatoes. If they aren’t eating large amounts of certain leafy greens and salmon daily or being exposed to strong sun, I suggest a calcium and vitamin D supplement. They become more interested in meal planning and eat less sugary and salty snacks between meals. They become healthier on the plan.

My two cents is that Paleo rules have too many loopholes to make sense, but I credit the diet with some important changes: encouraging the masses to linger longer in the produce aisle and to eat in more often. Have you tried the Paleo diet? Let me know if so and your experiences with it!

5 thoughts on “What About the Paleo Diet?”

Make sure that whatever eating plan you choose to follow, it brings joy with every bite
3rd edition of the Nutrition Source’s Healthy Living Guide 2023 is out! Research updates, digging deeper into hot topics like ultraprocessed foods and clean eating, how to be a smart snacker, and new pieces on exercise and sleep. Link in bio ⏫️😃
Walking into a new chapter ✨ Mixed feelings leaving an awesome job for the past 13 yrs, thank you @bwfaulknerhospital 😔 but I guess change inevitably comes for you ⏩➡️ @brighamandwomens
High-rise bowl food 🍲
Envying his simple happy life 🐶
Oh Potato I will always love you 🥔💘 no matter what they say